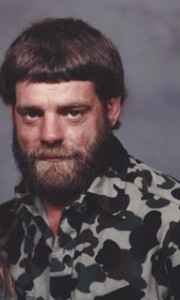 William Dean Hahn, 62, of Slovak passed Sunday, April 12, 2020.  He was born April 16, 1957 in Stuttgart.  Hahn was a life-long farmer.  He shared his love to hunt with younger generations allowing anyone to hunt with the request that when possible they extend the favor to others.  He passed on his love for the land and the thrill to hunt to his children.  Along with hunting, he was passionate about NASCAR and seeing a Chevrolet finish first.  He respected and collected guns and was an avid skeet shooter, but above all he enjoyed being a Daddy and later being called, “Poppy”.

Dean was preceded in death by his father, Gilbert Hahn; sister, Peggy Hahn Young and his hunting buddy and companion, “Bullet”.

Dean Hahn’s service will be a graveside service  2:00 P.M., Thursday, April 16, 2020 at the Lutheran Cemetery in Slovak by Westbrook Funeral Home of Hazen.