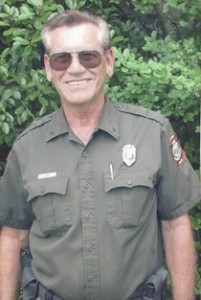 Ernest Dale joined the Navy in 1964.  He defended our nation in the Vietnam War and Cuban Missle Crisis on the USS Iwo Jima and was involved in Atomic Bomb testing on Johnson Island and received an Honorable discharge in 1967.  Ernest Dale went to work for the Arkansas Game and Fish commission in 1977.  He worked for AGFC for 31 years in which time he received District Wildlife Officer of the Year twice before retiring July 31, 2006.  He enjoyed turkey hunting and crappie fishing but what brought him the greatest joy was talking to people about his Savior Jesus and studying the Bible.  He had a love for prophesy and would spend countless hours reading books and watching shows related to prophesy.  Ernest Dale was a proud member of New Bethel Missionary Baptist Church.

Graveside services will be held for immediate family only, due to the current Covid-19 pandemic, on Friday, April 10, 2020 at 11:00 A.M. with interment at the Center Point Cemetery with Pastor Freddie McCann officiating.