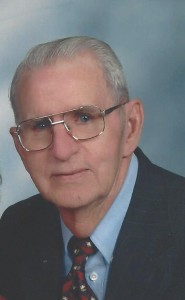 Weston “Wes” Floy Woods, 87, of Carlisle, a United States Air Force retiree and retired school teacher, passed away at the Baptist Health Medical Center in North Little Rock on October 5, 2018. He was born in Brownwood, Texas to John and Minnie Woods. Wes was preceded in death by his wife of 61 years, Ruth Woods; parents, John and Minnie Woods; brothers, Joel, Burl, and Delmer and sister, Connie. He is survived by his sons, David (Shelia) Woods of Carlisle and Mark (Denise) Woods of Spring, Texas; grandchildren, Jennifer Woods of Miami Beach, Florida, Sara (Andrew) Silverman of Carlisle; Stephen (Candice) Woods of Rosenberg, Texas, Emily Woods of Carlisle, Daniel Woods of Riyadh, Saudi Arabia, Phillip Woods of Kansas City, Missouri; great grandchildren, Jackson, Parker, Bennett, and Riley; brother, Curtis Woods of Tiega, Texas and a host of nieces nephews, and many other wonderful relatives. Wes graduated from Brownwood High School in 1949, joining the United States Air Forcce the same year. While in the Air Force, he met and married Ruth, the love of his life. During the years in the service, Wes and Ruth had their two sons and moved to many different locations around the country and Puerto Rico. Wes also served a year in Vietnam in 1965. After retiring from the Air Force, Wes moved the family to Brownwood, Texas where he graduated from Howard Payne University with a teaching degree. After graduation, the family moved to Carlisle where Wes and Ruth began teaching at Humnoke Elementary School. Wes taught there for 17 years before going to Brinkley to finish his career. Wes was a long-time deacon and choir member at the First Baptist Church in Carlisle. He also served his community as a long-time member of the Carlisle Lions Club and the Carlisle Chamber of Commerce.
Visitation will be from 5:00 to 7:00 P.M., Tuesday, October 9, 2018 at Westbrook Funeral Home in Hazen. Funeral services will be 1:00 P.M., Wednesday, October 10, 2018 at the First Baptist Church in Carlisle with burial in the Hamilton Cemetery. The family requests memorials be made to the First Baptist Church in Carlisle.