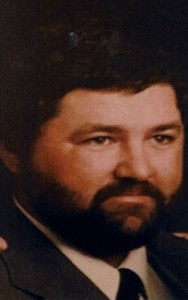 Patrick “Pat” Vincent Hatfield, Sr., 63 of Des Arc departed this life on Friday, October 5, 2018. Patrick was born June 14, 1955 in Stuttgart, Arkansas and was the eldest son of Raymond H. and Elizabeth Fischer Hatfield. He graduated from Catholic High School for Boys in 1973 where he served as a manager for the football team, the Rockets. He was a member of the Catholic Youth Organization (CYO) and served on the Outside team for CYO Search for Christian Maturity for many years. Pat was a parishioner of Sts. Cyril and Methodius Catholic Church in Slovak. He was a Fourth Degree member of the Knights of Columbus Slovak Council #3998, serving as Grand Knight, as well as other offices. He farmed alongside his father-in-law, Cyril Plafcan, from 1977 to 1995. He was on the Board of Directors for Farmers Aerial Seeders for many years. He also participated in the Young Farm Couples Organization in the early 1990’s and was chosen to travel to St. Paul Minnesota for their annual convention. He was a member of the Stuttgart Auxiliary Police force and later volunteered as a Deputy Sheriff in Prairie County. Mr. Hatfield retired from farming in 1995 and began working for the City of Stuttgart in the mechanic shop. He was also night watchman at the Stuttgart Municipal Airport for many years. He then returned to farming with his cousin, Mark Lisko, until a back injury caused him to officially retire.

Besides his parents, he was preceded in death by his paternal grandparents, Harvey and Mary Jane Hatfield and maternal grandparents, George and Matilda Fischer. He was also preceded in death by three brothers, Johnny Steven Hatfield, Paul Chester Hatfield, and Raymond Hatfield, Jr., and a son, Christopher Michael Hatfield. Pat is survived by his three children, Sarah Marie Hatfield of Slovak, Patrick “Rick” Vincent Hatfield, Jr. (Nancy) of Conway, and Katherine Hatfield Neblett (Leo) of Little Rock.He leaves behind one sister, Phyllis Hatfield LoPorto of Keo, and one brother, James Hatfield (Kim) of Lawton, Oklahoma. Pat is also survived by his first grandson, Sebastian Matthew Hatfield, (infant son of Rick and Nancy) born September 29, 2018, as well as a host of aunts, uncles, nieces, nephews, and friends. He had a special fondness for his aunts Virginia Fischer Lisko and Martha Hatfield Hosto.

Memorials may be made to Catholic High School of Little Rock and Sts. Cyril and Methodius Catholic Church, Slovak.