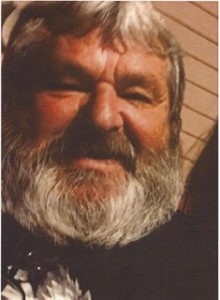 James W. Adams of Hazen departed this earth on February 8, 2020.  James was born June 13, 1957 to Winford and Ina (Ingle) Adams.  He enlisted in the Army in 1975 and served his country faithfully while stationed at Ft. Carson, Colorado.  He was employed by B & G Pipeline at the time of his death.

James was preceded in death by his father, Winford Adams, and is survived by his four children: son, Jeff Tabor (Sara), and daughters Tanya Adams and Cynthia Adams of Little Rock and Kimberly Snyder of Hazen; seven grandchildren, Landon and Isabella Tabor, Brooklyn Salers of Little Rock, and Lucas, Colby and Cassidy Martin and Ethan Smith of Hazen.  He is also survived by his mother, Ina Adams of Hazen; sisters, Delores Tosh (Pete), Jewel White (Terry), and Marsha Drysdale (Jimmy), all of Hazen and a large family and host of friends.  James was a kind man and he will be greatly missed by all that knew him.  Visitation will be from 5:00 to 8:00 p.m., Thursday, February 13, 202 at the Westbrook Funeral Home in Hazen.  Funeral services will be 2:00 P.M., Friday, February 14 at the Westbrook Funeral Home Chapel in Hazen, with burial with military honors at the Center Point Cemetery near Hazen.

The family would like to thank B & G Pipeline for the tremendous support during this sudden loss.