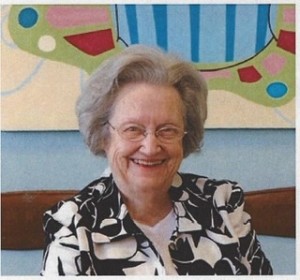 She lived life simply with God and family at the center. She will be remembered by her family as a loving and caring mother and grandmother.  During her husband’s lifetime, an open invitation for Sunday dinner extended to all family members and later changing to Sunday afternoon visits with family.

Following high school graduation, she attended Draughon School of Business in Little Rock for two years.  She was an active and faithful member of the Hazen First United Methodist Church where she taught a Sunday School class during her children’s early years, and after served as officer in the Fidelity Sunday School Class, Pearl McCain Circle, and thirty years as secretary of the Hazen First United Mthodist Women.  She was an elected member of the Prairie County Board of Education for fifteen years (1975-1990), serving as President for two years.  She was also the Hazen High School Superintendent’s Secretary for over twenty years.

The family requests no flowers.  Memorials may be made to:  Hazen First United Methodist Church, P.O. Box 712, Hazen, Ar. 72064 or a charity of your choice.