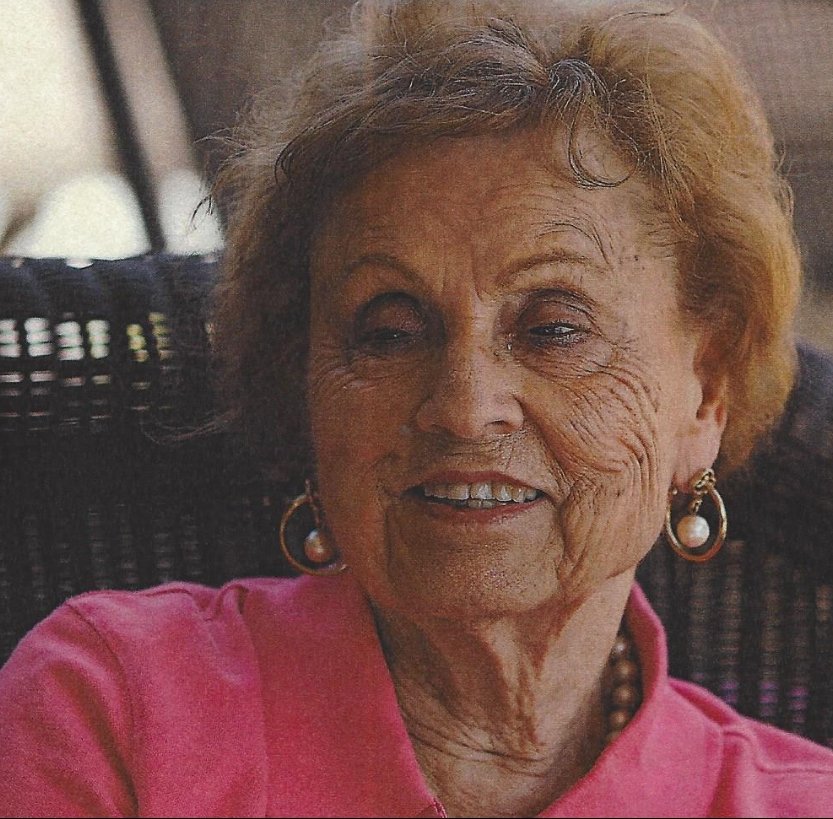 On Friday, May 10, 2019, Dorothy Lee Ferguson, a longtime resident of Carlisle, was called to her eternal home at the age of 97. Dorothy was born in Scott, Arkansas to Robert and Lily Martin . In July 1937, she married her sweetheart E.C. “Cleo” Ferguson at midnight at the age of sixteen. They raised three daughters, Joyce, Carolyn, and Sharon and two sons, Craig and Todd. Dorothy treasured her family and embraced every moment with them. She especially loved to gather everyone together for large meals at her house and made any guests immediately feel like they were family. An active member of Carlisle First Baptist church, a prominent businesswoman and a frequent volunteer with many civic organizations, Dorothy was an integral part of the Carlisle community. She will always be remembered for her work ethic, her sharp mind and her devotion to others. Dorothy owned several local businesses throughout the years with her husband Cleo before they opened Nick’s Bar-B-Q & Catfish in 1972. Later, she operated Nick’s with her sons after Cleo passed away. She was loved by staff and guests, and she continued to make her famous hush puppies daily well into her nineties.

Additionally, Dorothy was a charter member of the Carlisle Heritage League and served in it for over 40 years. She was a room mother for all of her children while they attended school and was President of Band Parents. She also was a member of the Order of the Eastern Star.

One of Dorothy’s other passions was rooting for the Arkansas Razorbacks and Dallas Cowboys. If there was a game on the television, Dorothy made sure she was able to watch it no matter what. The world is a better place because Dorothy was in it for 97 years. Her devotion to Jesus, her family, her restaurant and her community will continue to impact those who knew her for many years. She was preceded in death by her father, Robert, mother, Lily, husband, Cleo , daughter, Sharon Wilkins, her brothers, Earl, Earnest, and Roy Martin, and her sister, Nellie Robinson. She is survived by her children, Joyce (Darrell) Saul of Des Arc, Carolyn (Martin) Marek of Hazen, Craig (Cynthia) Ferguson of Carlisle and Todd (Mandy) Ferguson of Carlisle. She is also survived by twelve grandchildren, eleven great-grandchildren and nine great-great grandchildren.