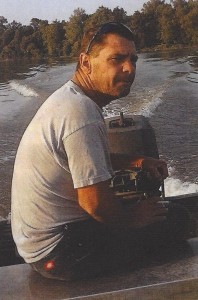 Richard “Rick” Wesley Halle passed away Monday, August 26, 2019 at the age of 56 in his home in DeValls Bluff, Arkansas. He was a talented carpenter, Christian and friend who helped many. Rick was born in Bethesda, Maryland on July 24, 1963 to Stan and Joyce Halle. He worked at an early age with his Dad, Bud, and learned the carpenter trade which he pursued until his death. Rick also resided in Cranberry, Pennsylvania, Deltona, Florida and Little Rock, Arkansas.

Rick was preceded in death by his paternal father, Lawrence (Stan) Holifield and his father, Richard (Bud) Halle.

He enjoyed fishing and boating. Rick was always there whenever someone needed a hand and his church was his extended family. He was also a problem-solver who often took on difficult and unwanted projects and made them happen. He will be deeply missed by his friends, family, and all who knew him.