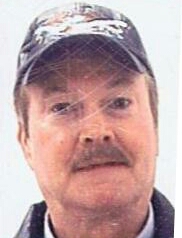 Keith was preceded in death by his parents.  He is survived by one son, Jason Thomas (Amber) of Hazen and one adopted daughter, Amanda Thomas Looney (Jimmy) of Oklahoma; three brothers,  Randy Thomas (Diane) of Texas, Robert Thomas (Becky) of Texas, and Jim Hutchins of Florida; one sister, Linda Hildebrand (Raymond) of Stuttgart; four granddaughters, Jalynn and Jaycee Thomas of Hazen and Caitlin and Kendall Looney of Oklahoma.

Keith graduated from Stuttgart High School where he was an outstanding athlete.  He also attended Henderson State University in Arkadelphia.  He was employed at Remington Arms in Lonoke, Arkansas.

A memorial service will be held Wednesday, July 8, 2015 at Westbrook Funeral Home Chapel, 115 North Livermore Street, Hazen, Arkansas at 1:00 P.M..  Burial will follow at Lone Tree Cemetery, 1740 Hwy. 79B, Stuttgart, Arkansas.  In lieu of flowers, memorials can be made to Embassy Church, 500 Parkdale, North Little Rock, Arkansas 72117 or to a charity of your choice.