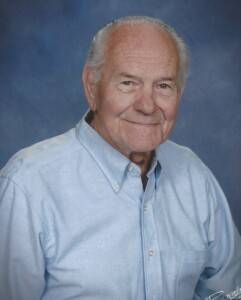 Raymond Lowell James of North Little Rock, passed away peacefully on Monday, December 20, 2021, after a long battle with Alzheimers.

Born the first son of Lowell Melvin and Susie Theresa (Suehan) James on October 19, 1933.  He was a graduate of Subiaco Academy in Subiaco, Arkansas and earned his Bachelor of science in Physical Education at the University of Mississippi.  While at Ole Miss, he played left guard for coach John “Johnny” Vaught who lead the team to two Sugar Bowls in 1951 and 1954.

Ray also joined the Mississippi National Guard in 1953 and enlisted in the Army in 1956.  He was transferred to the Arkansas National Guard.

He made a career in the trucking industry with BJ McAdams and McNeil Trucking.  After retirement he continued his passion with semi-trucks by becoming a “transporter” where he assisted trucking companies in Arkansas in delivery and pick-up of their sales and trade-ins.  He continued this until he was 80.

He married Carol Countiss Kyte on December 3, 1954.  He is survived by three of his four children, Thomas Edward “Ed” James of Bradford, Rhode Island, James Countiss “Jim” James of Elaine, Arkansas and Eva Janeen “Jan” James of Cedar Rapids, Iowa. He had six grandchildren, eleven great-grandchildren, and a brother, John Edward James (Judy) of Lindsey, Oklahoma, and many nieces and nephews.

He was preceded in death by his parents; his wife of 19 years (Carol); a brother, Thomas Eugene James; daughter, Susan Joyce “Joy” James, and grandson Raymond Edward James.