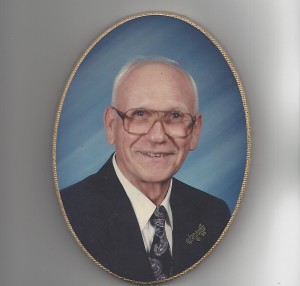 Paul Lynn Blaylock, age 88, passed from this life into Eternity at Hospice Home Care in Little Rock, Arkansas on May 23, 2019. He was born on June 16, 1930 in Havana, Arkansas, to Roy and Loy Blaylock. He was preceded in death by his wife, Betty Buckman Blaylock; his parents; his brother, Mabrey Blaylock; his sister, Rose Blaylock Taylor and his nephews, Roy Noble Taylor and Mike Blaylock.

Paul was a graduate of Havana High School. Shortly after graduation, Paul married his high school sweetheart, Betty Lou Buckman, they would have celebrated their 70th anniversary on May 28, 2019.

Paul is survived by his daughter, Paula Sue Doss and son-in-law, Rick Doss of Little Rock, Arkansas. He was PopPop to granddaughter, Jennifer Lynette Doss-Pollitt and great-grandson, Noble James Doss, also of Little Rock. He is also survived by numerous nieces, nephews, and great nieces and nephews. Paul never got in a hurry for anyone or anything. One of the few times Paul’s family saw him move fast was the day Jennifer was born- he moved quickly down the hall to see her for the first time.

Paul and Betty moved to Hazen, Arkansas in 1954 after he was discharged from the Army after a tour of duty in Korea. Paul took his last trip on an airplane on his way home from the Army-he said he would never board an airplane again, and he didn’t. If he couldn’t get there by car, he didn’t go! Paul and Betty grew to love this small town on the Prairie and they were active in their church and community. They attended sporting events as long as their health allowed and loved to cheer one the Hornets.

Paul worked as the Rock Island Station Agent in Hazen for 26 years. He arranged a trip to Little Rock on the Doodlebug, a small passenger car, for Paula’s first grade class. That was one special train ride!

Paul loved piddling outside and was quite the gardener. He learned that he could graft his pecan trees and get pecans that had the best flavor. He tended the grape vines that would yield grapes for grape jelly. He also grew a big garden and kept the freezer full of corn, green beans, pecans, and grape juice. He grew cucumbers for sweet pickle making. While on a trip to Florida in 1986, Paul brought home a single sprig of Saint Augustine grass. He used that sprig and now, 40 years later, his entire yard is covered with that beautiful grass. People would ask him why he was squatting in the yard doing something in the dirt. Paul gat a kick out of that because he was planting and caring for the new sprigs.

Funeral services will be Tuesday, May 28, 2019 at 10:00 a.m., at the First Baptist Church in Hazen, Arkansas. Rev. Andy Schalchlin and Rev. Lary Tidball will be officiating. The family will meet friends from 9:30 to 10:00 in the Fellowship Hall prior to the service. Burial will be at Havana Cemetery in Havana, Arkansas at 2:00 p.m.