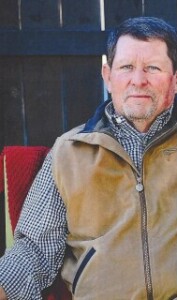 Marvin “Mart” Dell Thaxton, Jr., age 66, of Carlisle, passed away Saturday, July 10, 2021. Mart was born June 29, 1955 to Marvin and Carolyn Thaxton in Newport, Arkansas. He grew up there where he graduated from Newport High School. Mart moved to Carlisle in 1977, where he met the love of his life, Cindy. They were married November 18, 1978. Mart began farming his family farm that year as well. He spent the next 41 years farming and enjoyed the last 16 years working beside both his sons, Keaton and Clayton.

Mart was known for his mischievous wit and storytelling. He never met a stranger and treated everyone the same. Mart was an avid outdoorsman. He loved to hunt and fish, especially with his grandchildren. Mart was known for his generosity and integrity. He was always willing to give his time to a good cause. He served on the Farm Bureau board for over 30 years and served one two year term as President. Mart also gave his time to the Bayou Meto Board for over 30 years and the Farm Service Agency Board for 9 years. He was currently serving on the Board of Directors for First State Bank where he had given over 26 years of service.

Mart was preceded in death by his parents, Marvin and Carolyn Thaxton. He is survived by his loving wife, Cindy, and two sons, Keaton (Lindsey) and Clayton (Elizabeth). Mart is also survived by his five grandchildren, Fisher, Collin, Cash, Steele and Bentley and his two sisters, Becky (Mike) Henderson and Gail (Frank) Fogleman as well as many nieces and nephews.

A celebration of life will be held at Carlisle First United Methodist Church on Tuesday, July 13, 2021 at 11 a.m. A visitation preceding the service will be held at 10 a.m. and burial at Carlisle Cemetery will immediately follow the service. The family has requested memorial contributions be directed to the Wade Knox Child Advocacy Center,1835 SW Front Street, Lonoke, AR 72086 and the Carlisle First United Methodist Senior Food Pantry, P.O. Box 417, Carlisle, AR 72024.