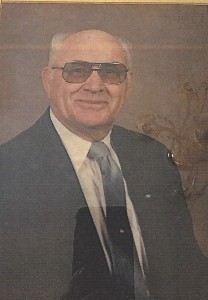 Marion was loved by many nieces and nephews as well. Marion was preceded in death by his sister, Kaye Henley (Terry), brother, Robert Partain, Bessie Partain, his former wife and mother of his daughters and his great-great granddaughter, Sunni Leigh Ball.

The entire family recognizes and is extremely grateful the love and care shown from Misty Haymaker, Janice Phillips, and Shelia Renner.

Marion grew up in Snake Island. He served in the Navy during World War II. After returning from service, he made Carlisle his permanent home. He sold Farm Equipment for Minneapolis Moline, Massey Ferguson, Case and John Deere. Marion was a member and deacon at the Carlisle First Baptist Church. He served as the Volunteer Carlisle Fire Chief for 40 years and was a member of the American Legion for over 70 years. He was a member of the Masonic Lodge. Marion was awarded the Carlisle Citizen of the year multiple times and was awarded the Capitol Citation award.

Services will be held at the First Baptist Church, 319 South Court Street, Carlisle, Arkansas on December 1, 2019. Visitation will be held from 1:30 – 2:30 P.M. with the service following. Interment at Carlisle Cemetery.