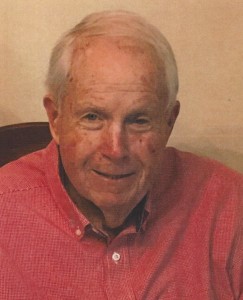 Larry James Grady passed away on January 23, 2019, surrounded by his family. Larry was born at home in Hazen, Arkansas in 1941 to Lela Mae Livesay Grady and Socratus “Crate” Grady. He was the second of three children, brother to beloved siblings, Marilyn Sims of Hazen and Mike Grady. Larry was married to Sue Williamson Grady of Hazen for the last 20 years. He was the beloved father of Jason Grady of Lonoke, Jody Grady of Virginia Beach, Virginia, Julie Serna of Jacksonville, Florida, and Kim Smith of Jonesboro. Larry was the adored father-in-law of Renee Grady of Lonoke, Kerri Grady of Virginia Beach, Virginia, and Joe Serna of Jacksonville, Florida. He was a devoted grandfather to his grandchildren, Tyler Grady, Jenna Grady, Rowan Grady, Aiden Grady, Gavin Serna, Brady Smith, and Wes Smith.

Larry was a lifelong member of the Hazen First United Methodist Church and served with the Arkansas National Guard from 1962 to 1967. Larry spent a lifetime running Grady’s Grocery Store and Gas Station in Hazen. After 36 years of running the store, Larry retired from being self-employed and worked as a butcher for both Mayflower in Carlisle and City Market in Hazen.

When he was not in the store, Larry enjoyed fishing, going to the White River on his party barge and his fishing boat. He loved hunting and camping. He especially loved sitting around a campfire at deer camp with his brother, Mike and his brother-in-law, Buddy Sims, telling great stories to his children and grandchildren.

Larry’s greatest love was playing guitar and writing songs about his family. His songs could evoke both light-hearted laughter and sentimental tears. Many people were moved by his songs. He passed his love of music onto his children. In his prime, he was an impressive dancer, even winning a televised dance contest on Steve Steven’s Dance Party. Larry had a big, kind heart, a tremendous sense of humor and a simple, no-nonsense approach to life. He will be sorely missed by family and friends alike.