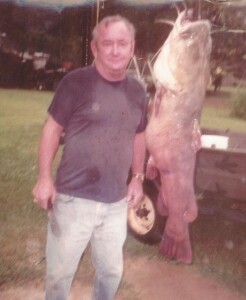 Kenneth Virgil Griffin, age 75, of De Valls Bluff, passed away August 9, 2021 in the Baptist Health Medical Center in North Little Rock, Arkansas.  Kenneth graduated from De Valls Bluff High School in 1964 and shortly thereafter married the love of his life, Linda Roach.  He enlisted in the Army and completed extensive training on the operation and maintenance of heavy equipment.  After serving a tour of duty in Germany, Kenneth separated from the Army and returned to his home town of De Valls Bluff.  He pursued a successful career in the construction field utilizing his experience with heavy equipment.

Kenneth was an avid hunter and fisherman and was often found with family and friends fishing on the White River or hunting in the surrounding area.

Interment will be in Oakland Cemetery in De Valls Bluff.