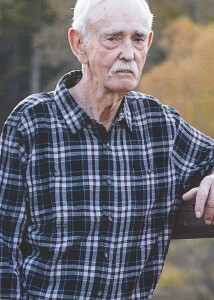 Mack was preceded in death by his parents, his brothers, Dan Daniels of North Little Rock and Jack Daniels of Sherwood; three sisters, Marilyn Parker and Bonita Huey of Carlisle and Kay Hill of Sherwood.  Also, “the best dog I ever had” was his beloved Grizzly.

A graduate from Carlisle High School, he served in the Navy, trained as a machinist, acquired a diesel mechanic degree from Oklahoma State Tech, and became an oil rig driver in New Mexico and Colorado.  He then bought a service station in North Little Rock on Broadway as the local mechanic.  Later, Mack worked for Jacuzzi and then Remington as a machinist, with his last job being a rural mail carrier in Carlisle for 18 years.

Mack retired but continued to be busy with his favorite hobbies fishing, hunting, estate sales, and anything sports.  Self-proclaimed “jack of all trades, but master of none,” hardly ever a day went by when he wasn’t busy in his shop where you would find him working on projects or creating space for newfound treasures.  In addition, he was a talented craftsman, known regionally as an accomplished duck call maker, using skills and a craftsman’s eye to turn working pieces of art.  Today his work is on display in the Museum of the Arkansas Grand Prairie under the name Two Prairie Bayou, a nod to his childhood farm.

Mack loved spending time with his family and friends.  He filled his days playing golf with his brothers, talking sports with his sons, and playing numerous rounds of Chickenfoot or Pitch.  In addition, he was proud to have hosted the 4th of July party where everyone was welcome for 27 years.