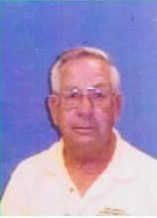 Johnny Lee Green, loving husband and father departed this life May 31, 2015.  He was a 1963 graduate of Hot Springs High.  From 1966-1970, he honorably served his country in the United States Air Force.  Johnny’s passion for helping others led him to a distinguished career in law enforcement.  He began his career at the Hot Springs Police Department serving his local community before moving on to become an instructor at the Arkansas Law Enforcement Training Academy in Camden.  He spent years with the Department of Transportation and Safety before being appointed as Chief Deputy of Saline County.  He spent his last years of service working for the Department of Community Corrections before retiring after 38 years.

Even in retirement he continued to serve and educate others.  Johnny taught several criminal justice classes at the Garland County Community College and was a licensed concealed weapons instructor.  Johnny was an avid hunter and enjoyed spending time at camp with family and friends.  He could be found every Saturday morning with his wife garage selling, before returning home to work in the yard at Green Acres.

He was born on April 4, 1945 to J.D. and Clarice B. Green in Blytheville, Arkansas.  He is survived by his loving and devoted wife, Joann; two sons, Michael Green and Marty Demmitt, both of Hot Springs; one daughter, Jo Ann Demmitt of London; brother, David Green and wife, Cindy of Hot Springs; two sisters-in-law, Sharron (Troy) Stallings and Louise (David) Nettles, both of Hazen; niece, Tabitha (Matt) Green-Keller of Dublin, Ohio; three nephew’s, Christopher (Holly) Taylor-Green of Pensacola, Florida, David Nettles of Beebe, and Rick (Jenn) Stallings of Hazen; one great niece and one great nephew and a host of loving family and friends.  He was preceded in death by his parents.

A memorial service celebrating Johnny’s life will be held Saturday, June 6, 2015 from 10:00-12:00 at Winans Missionary Baptist Church in Hot Springs.