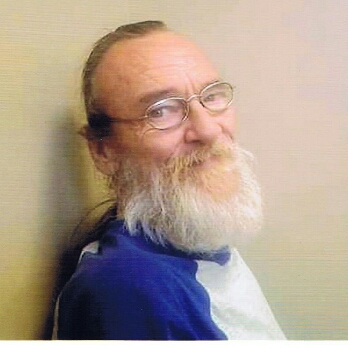 Jeffrey Harmon Davis,, 56 of Hazen, passed away on Wednesday, December 9, 2015 at 11:20 P.M. in his wife’s arms at the Arkansas Hospice in St. Vincent’s Hospital in Little Rock, after a long battle with lung cancer.  Jeffrey was born September 11, 1959 to John L. and Lucille Davis in Houston, Texas.  Jeffrey was preceded in death by his parents and his son, Cory LaVell Davis.

He is survived by his loving wife, Bamba Davis of Hazen; daughter, Ashley Elliott and husband, Daniel of Waldo, Arkansas; his sister, Linda Solice and husband, Jerry of Timpson, Texas; brother, James Davis of Aldine, Texas ; granddaughter, Madison Lynn Elliott of Waldo, that he adored and loved dearly and an unborn grandson due February, 2016 who will be Jackson LaVell Elliott.  Jeffrey wanted so much to see this grandson.  He is also survived by a host of nieces, nephews, and cousins that he dearly loved.

Jeffrey was married to Bamba for 35 years.  He was a truck driver and a jack of all trades including being a caregiver to his son for 16 years.  He loved fishing, spending time with his children and his two dogs and raccoon and hanging out with his friends.  He was known by many as “Doc Jay”, Ponytail, and the Butler. He will be missed by all.

A memorial visitation will be held on Saturday, December 19, 2015 at Westbrook Funeral Home in Hazen from 1:00 to 2:00 P.M..  A reception will follow at the Beagle Club in Wattensaw.  In lieu of flowers, the family asks that the money be donated to the family to help with expenses or donated in Jeffrey’s name to the Lung Cancer Foundation or Carti.