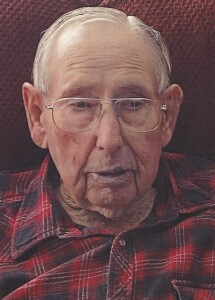 Howard Strohl, life-long farmer and resident of Prairie County, went to be with his heavenly father on Wednesday, December 1, 2021.  Howard was born on June 26, 1937 to Carl and Mary Strohl.  He farmed the family farm alongside his father, Carl beginning at the tender age of 16.  After his father retired, Howard continued the family tradition and farmed with sons, Rickey and John, and grandsons, William Hutchens, Matthew Strohl, and Lucas Strohl when they were of age.  Howard retired from farming in 2016, allowing grandson, Matthew to follow in his footsteps.

Howard married the love of his life, Joy Scott Strohl, on October 28, 1956.  In the sixty-five years they were together, they had 3 children, and worked side by side through good times and bad.  In his later years, Howard experienced many health problems and Joy nursed him through each one, never leaving his side.

Howard was always willing to help a friend or neighbor in need from lending a hand with harvesting crops in front of storms, to pulling neighbors out of a ditch when they swerved to miss deer crossing the road.  Howard was an avid hunter, whether it was rabbits, squirrels, deer or ducks, he was ready to head to the woods.  His favorite time of the year was when he was able to go quail hunting with his Uncle George Liska in Mountain Grove, Missouri.  As a young man, he served as a duck guide on Peckerwood Lake before Mr. Queenie passed away, and he loved sharing good hunting stories with his grandsons.

Howard also served his community by volunteering for 50 years, retiring in 2014 as a Prairie County Auxiliary Deputy sheriff, on the Sheriff patrol.  He served as deputy under Sheriff Mike Grady, Dale Madson, Bob Johnson, Randy Raper, riley Seevers, Randy Munnerlyn, Gary Barnett and rick Hickman.  The highlight of his career was when the sheriff’s patrol provided protection for then Vice President, Dick Chaney, where Howard had the privilege of meeting Mr. Chaney and having his photo taken with him.