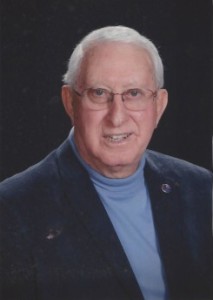 Harold Delton Lewis, of Carlisle, was born to Bill and Lura Lewis on November 8, 1933 in Oden, Arkansas and he passed away June 26, 2019 at the age of 85. Harold was educated in the Oden School System. Upon his high school graduation, he volunteered for the U.S. Army during the Korean War. After his discharge, he entered UCA at Conway majoring in Pharmacy. There, he met Charlene Snider, and they married

Harold was a member of the Carlisle First United Methodist Church and Carlisle Masonic Lodge #587. He enjoyed raising Angus cattle, and the family had received the Historic Angus Herd Award.

Harold was preceded in death by his parents, brothers, Delbert, Don, Doyle, and Billy D.

Harold is survived by his wife, Charlene; a son, Chuck and wife Robin; daughter, Dixie Dawn; much loved grandchildren, Scarlett and Mitch all of Carlisle; sisters, Melba (Joe) Head of Mena, Arkansas and Etha (Bill) Driggers of Pearcy, Arkansas. Brothers; Gary (Glenda) Lewis of Prescott, Arkansas and Anthony (Jeannie) Lewis of Mena, Arkansas, and many nieces, nephews, and cousins. Visitation will begin Friday June 28th at 1:00 p.m. at the Carlisle Methodist Family Life Center, followed by the service at 2:00 p.m. in the sanctuary of the Carlisle First United Methodist Church. Memorials may be given to the First United Methodist Church of Carlisle. Burial will be in the Carlisle Cemetery.