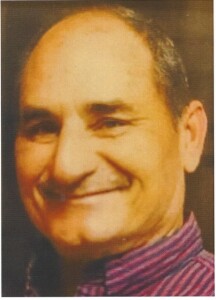 Gabriel (Gabby) Alfonz DelGiorno II of De Valls Bluff,  passed away on November 12, 2020 at the age of 63.  He was born February 26, 1957 in Chicago, Illinois.  Gabby was loved by all with a personality that would leave a lasting impression on anyone.  He was raised in De Valls Bluff since the age of 4.  Growing up, he worked beside his father, Gabby in the restaurant making pizza’s and he mastered tossing pizzas in the air standing on a crate.  This would always draw a crowd of people to watch him.  After his father passed away, he and his mother ran Gabby’s Restaurant and 11/70 club in Hazen.

His last job was for the city of De Valls Bluff as supervisor of the water and sewer department.

Gabby was preceded in death by his parents, Gabby and Rosemary DelGiorno; sister, Gilda DelGiorno Scarbourgh; grandparents, Toby and Julia DelGiorno of Chicago and Carroll and Grace Hall of De Valls Bluff.

Funeral services will be 2:00 P.M., Saturday, November 14, 2020 at the De Valls Bluff Auditorium in De Valls Bluff, Arkansas.  Burial will be in the Hazen Cemetery.