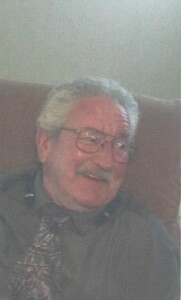 Fred Watson, Jr., 65 of Hazen, gained his wings Sunday night September 20, 2020 after a short battle with lung cancer.  Fred died at home peacefully surrounded by a host of loved ones.  Fred was born April 7, 1955 in Hazen to Norene and Fred Watson, Sr. He was the last of nine children.  Fred lived life to the fullest.  His favorite hobbies were fishing and golf, but nothing brought a smile to his face more than his wife, Sharon, who he was deeply in love with for over 47 years.  Fred never met a stranger, and always had a smile or kind word for whoever crossed his path.

Fred was preceded in death by his parents; his baby sister, Brenda Watson and two brothers, Gene and James Watson.

He is survived by his wife, Sharon of Hazen; his son, Eric of Stuttgart; his daughter, Katy Barnes of Malvern; four grandchildren, Tyler and Patrick Petrus of Malvern, Arkansas, Danielle Watson of Malvern and Ceceila Ben of Texas and a great-grandson, Peyton Watson, whom he loved very much; four sisters, Kathy McClelland of Tennessee, Doris Randles of Brasfield, Jenny Ward of Ohio, and Eleanor Ford of Indiana; one brother, Derry Watson of Indiana and a host of family and friends.

Visitation will be from 5:00 to 7:00 P.M., Wednesday, September 23, 2020 at Westbrook Funeral Home.  Funeral services will be 2:00 P.M., Thursday, September 24 at the First Baptist Church in Hazen.  Interment will be in the Oakland Cemetery in DeValls Bluff.

Flowers may be sent to Westbrook Funeral Home in Hazen.