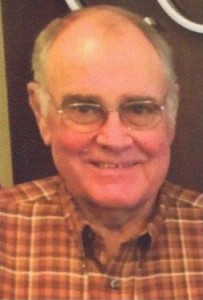 Donald E. Holmes, 69, of Hazen, passed away Monday, January 6, 2014.  He was preceded in death by his parents James and Hazel Holmes and granddaughter Emilee Gracen Holmes.

Visitation will be Wednesday, January 8, 2014 from 5:00 to 7:00 P.M. at the Westbrook Funeral Home in Hazen.  Funeral services will be Thursday, January 9, 2014, at 2:00 P. M. at the Center Point Missionary Baptist Church north of Hazen.  Burial will be in the Center Point Cemetery under the direction of Westbrook Funeral Home in Hazen.  Family requests in lieu of flowers memorials may be made to Center Point Missionary Baptist Church.