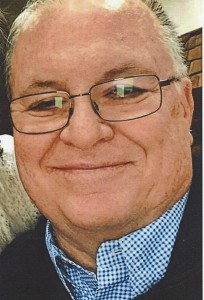 David Lynn Duch of Hazen, Arkansas passed away peacefully on January 7th, 2020 at the age of 62. He was born in Carlisle, Arkansas on June 26, 1957, the son of the Richard and Charlene Duch. He was proceeded in death by his parents and his brother Ronnie Duch.

He spent his entire life in the Hazen area where he developed his love for agriculture and his community. He was fortunate enough to find a way to serve both all of his life.

His love of flying started at a young age, flying solo for the first time at the age of 16. David became the manager of the Stuttgart airport at the age of 19. He was also a flight instructor, teaching countless members of this community how to fly over his lifetime. In 1978, Jerry Fisher gave David his first opportunity towards his dream of becoming a crop duster and he was forever grateful. Then in 1979, he started flying for Don Whitaker at the Hazen airport. David and his brother in law, Randy Booe bought the business from Don in 1980, and B & D Flying Service was born. Over the next 40 years, David operated a flying service out of the Hazen airport serving Prairie County and the surrounding areas. He was the first ag pilot in the county to have an Air Tractor, which was an airplane that eliminated the need for flaggers, and revolutionized the crop dusting industry. David was a member of the Arkansas Agriculture Aviation Association, serving in every office on the board of directors, including presiding as president for 2 years. He served on the safety council for FAA. Besides being an ag pilot, David was involved in a charter air service, where he served as chief pilot and director of operations. As a charter pilot, one of his most gratifying experiences was transporting transplant organs for Arkansas Regional Organ Recovery Agency. In his flying career, he logged over 25,000 hours.

David served the city of Hazen for 25 years, 4 years as a council member and 21 years as mayor. During his tenure, David oversaw many progressive improvements to the city, for example the utility system, the community center, streets, the senior citizens center, walking trails through the city park and airport runway lights, just to name a few.

David married the love of his life, Jeri Ruth Booe, in July of 1978. They were blessed with 2 daughters, Amber Thomas (Jason) and Cara Hollingshead (Davie). They have 5 grandchildren, Jalynn, Jaycee, Jace, Duke and Savannah who were adored by their Grand-daddy.

David is survived by his brother Dwight Duch (LeaAnn) and his nephew Blake and niece Logan as well as a host of loving family and friends.

David was loved by so many, as was evidenced by the multiple of people who came to visit him over the past week in the hospital. David was a generous man, most of time anonymously. He will be missed terribly by his family, his friends and his community.

The family would like to thank Dr. Shafizadeh, Cara Petrus, Hazen First Responders, and the Hazen Police Department.

Visitation will be at the Hazen Community Center at 906 East Front Street in Hazen on Wednesday, January 8th, from 5:00 pm to 7:00 pm. Rosaries will follow. The funeral service will be Thursday, January 9th at 10:00 am at St. Syril and Methodius Catholic Church in Slovak, Arkansas. Burial will be at the Hazen Cemetery. In lieu of flowers, memorials can be made to Saint Cyril Methodius Catholic Church 1852 Highway 86 W Stuttgart, AR 72160 or the Hazen Cemetery.