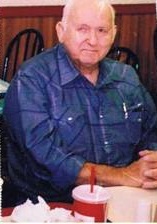 Charles Lynn King, 74, of De Valls Bluff, was born May 8, 1940 in De Valls Bluff and passed away Wednesday, September 17, 2014. He was preceded in death by his son, Charles Lynn King, Jr. and his grandson, Zachary King. Charles is survived by his wife of 56 years, Jeannette King; sons, Bruce (Brenda) King and Guy (Angie) King; his sisters, Loudene Treadway and Virginia Coffman; grandsons, Dustin King and Jonathan King and his granddaughter, Stephanie King.
Charles started his minnow business in 1958 with the help of his friends and family and still continued today with the second generation.
He will be missed by all his family and many friends.
Visitation will be from 6:00 to 8:00 P.M., Friday, September 19, 2014 at Westbrook Funeral Home in Hazen. Funeral services will be 2:00 P.M., Saturday, September 20, 2014 at the Bethlehem Baptist Church in De Valls Bluff by Bro. Wayne Snider.
Burial will be in the Oakland Cemetery in De Valls Bluff. Pallbearers are Guy King, Dustin King, Jonathan King, Keith Newkirk, Jeremy Whittenburg, and William Saul. Honorary pallbearers are Troy Tacker, Terry Tipton, James Saul, and Gilbert Voumard.