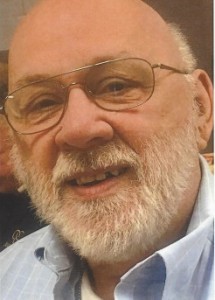 He was born February 26, 1944, in Rochester New York to a family of two brothers and four sisters. After attending Palmyra-Macedon central school district, he joined the 11th Infantry Fifth US Army, where he served for three years.

Bill retired from Riceland Foods as a boiler operator after 39 years and enjoyed gardening, fishing, hunting, and being with friends and family. He was preceded in death by his parents, Henry and Mary Jordan Faker; a brother, Hank Faker, and sisters, Dorothy Norton and Barbara (Bobbi) Renner, all of Rochester, New York.

He is survived by his daughter, Heather Zitzer (Mark) and granddaughter, Ella Zitzer of Maumelle, Arkansas; brother, Jim Faker of Bath, New York; sisters, Florence Stern and Jeri Hummel (Don) all of Rochester, New York as well as many cousins, nieces and nephews.

A memorial service will be held at 2:00 P.M., Saturday, March 2, 2019 at the Westbrook Funeral Home Chapel in Hazen, Arkansas.