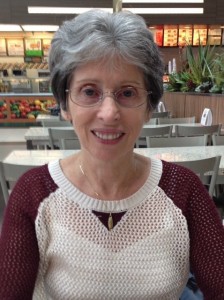 Vitula Taylor McLeroy, age 71, died Saturday, April 7, 2018 after a brief illness. She was born on March 22, 1947, to Ella Rogers Taylor and Ed Taylor, both deceased.
Vitula, known as Vi to her friends, spent her elementary and secondary education in the Hazen Public Schools. She graduated from State College of Arkansas in 1969 with a B.S. degree in mathematics; and received her Masters Degree from the University of Arkansas in 1987. She taught middle school math in Stuttgart and Springdale, Arkansas; Starkville, Mississippi and in Arlington, Texas.
She was a life-long Arkansas Razorback fan, as well as an avid Texas Rangers baseball and Dallas Stars hockey fan. She and her husband, Paul McLeroy, enjoyed traveling, especially to the Caribbean as well as trips overseas to Italy, Spain and Portugal.
Vi is preceded in death by both of her parents, her half-brother Richard Gene Taylor, and numerous aunts, uncles and cousins. She is survived by her brother, Roger Lynn Taylor and wife Becky of Melissa, Texas; nephews Brett Taylor of Allen, Texas and Russ Taylor of Rogers, Arkansas; Dean Taylor of Jonesboro; and brother-in-law Leonard James McLeroy (Penny) of Conway. .
Although Vi had not lived in Hazen in many years, she enjoyed visiting with former classmates and relatives at least twice a year.
Visitation will be Wednesday, April 11, 2018 at Westbrook Funeral Home in Hazen from 6 – 8 pm. Funeral services will be Thursday, April 12, 2018 at Hazen United Methodist Church at 10:30 a.m. with burial immediately following at Hazen Cemetery.