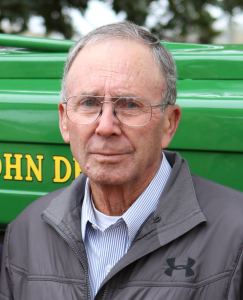 Tommy McCallie, of Carlisle Arkansas, went to be with His Lord on the afternoon of January 11, 2017 after a long battle with lung cancer.  He died graciously and peacefully, confident in the saving grace of Jesus Christ.  His is now at home in the heavenly dwelling that God has prepared for him.

Tommy and Miriam, both devoted followers of Jesus Christ, served two years as Baptist missionaries and pastor of Ten Sleep Baptist Church in Ten Sleep, Wyoming.  He also served as a pastor of Trinity Chapel Baptist Church, north of Carlisle.

Tommy made his living as a farmer and rancher in his younger years and then as a master builder with numerous projects in and around Carlisle and central Arkansas. Trinity Chapel Baptist Church was one of many projects he and his son Willy built.

Tommy’s greatest legacy is found in Jesus’ words recorded in Mark 10:43, “But whoever would be great among you must be your servant.”  Tommy answered our Master’s call to serve others in many ways, whether it was by serving on the Carlisle school board, supporting local churches, building a house for free for someone in need, winning a your teenaged employee to the Lord and discipling him, financially supporting missionaries, supporting the needy around Carlisle or helping to staff a free health clinic in Cabot for those less fortunate.  Tommy’s phone regularly rang with the following questions.  “How do you fix this?”  “Can you build this?”  “Can you show me how to do this?”  “Can I borrow on you your tools?”  “Can you help?”  Tommy regularly said yes.  He was a great servant and will be sorely missed.

Family visitation is scheduled for 9:00 am Saturday, January 14, 2017 at Trinity Chapel Baptist Church with funeral services to follow at 11:00 am.  The church is located approximately 3 miles north of Carlisle on Highway 13.  Burial will be at the Walters Chapel cemetery following the service.