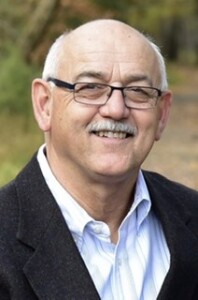 Rickey Edward Johnson, age 69, passed away on April 29, 2021 in his home town of Hazen. He was born in Nettleton, AR on February 19, 1952 to the late Richard and Nellie Pauline Johnson.He attended Nettleton High School and worked for Frito-Lay, in which he retired after 28 years. He enjoyed his grandchildren, the Razorbacks, and spending time at the beach. Rick was a former member and President of theHazen school board and volunteered as a coach for multiple sports in the community.Rick was preceded in death by his parents, siblings; Kenneth Johnson, Wilford Johnson, Charles Johnson, and Sue Black, and an infant daughter Brandy Johnson.Rick is survived by his wife of 32 years, Trudy Johnson; three daughters, Kimberly Huppert and husband, Jason, Kim Glaze and husband, Brian, and Karmen Lawson and husband, Mitchell; five grandchildren, Kristopher Huppert, Brandy Huppert, Addison Glaze, Beckett Lawson, and Henry Lawson; two great grandchildren, Zayne Huppert and Karissa Huppert; and siblings, Jean Irving, LaCreatia Hall, Paul Johnson, and Betty Carter. Rick also leaves behind many nieces, nephews, friends, and his beloved dog Penny.Funeral services will be 11:00 A.M., Tuesday, May 4, 2021 at the First United Methodist Church in Hazen with visitation at 10:00 A.M. prior to the service.Interment of ashes will be at the Hazen Cemetery.