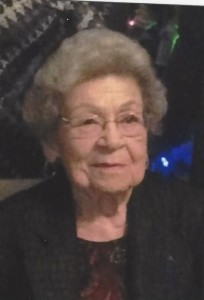 She was born July 16, 1920 in the Peppers Lake community to George and Amy Beeler Mertens. Known by the nickname “Mac”, Mary Ellen was a graduate of De Valls Bluff High School, a lifelong Methodist and a homemaker. She enjoyed traveling to places like New Zealand, Hawaii, Alaska and Canada and was an avid crossword puzzler, canasta player and Skip-Bo master.

Visitation will be at 2 p.m., Sunday, November 4, 2018 at the Hazen First United Methodist Church. Services will follow immediately at the church. Burial will be at Peppers Lake Cemetery.