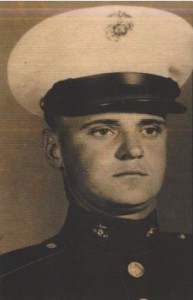 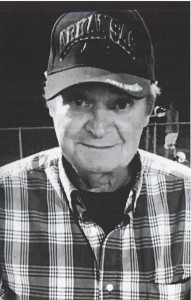 Larry Lynn Swaim, age 70 of Des Arc passed through the gates of Heaven on January 1, 2020. He was the youngest son of Bill and Bessie Swaim of Hazen. Larry was preceded in death by his parents, sisters, Emma Nell Berry and Ida Mae Linam; brothers, Clea and Moe. Larry is survived by his wife, Wanda and her son Drew Farrish. Also left to cherish his memory are his son, Chad Swaim and wife, Misty of Hazen and grandchildren, Reagan and fiancé Dillon Cook, Brody, CJ and Kynlee who were the light of his life. He is also survived by his brother, Tommy Swaim and wife, Judy of Jacksonville, and sister, Jessica Scarborough of Fort Worth, Texas, as well as many nieces and nephews. Larry is also survived by a host of good friends and comrades from his military service including, Bob Lenz, who was like a brother.

Larry grew up in the Center Point community near Hazen where he learned at an early age to chop and pick cotton and cut wood. He will be remembered for his love of his community and his country. Larry served his community as a fireman, where he was a captain, an EMT for the Hazen ambulance service where he served as the director before retiring. He also served as an auxiliary deputy for the Prairie County Sheriff Department.

Larry had a great love for all sports, especially high School football and peewee football and little league baseball where he served many years as a coach for his son, Chad’s teams. He had many winning teams and loved the game and his players. Few people knew Larry was a race car driver. His most memorable race was against a famous NASCAR driver, Mark Martin, who was a teenager at the time. Many weeks he and his chief mechanic worked on the dirt track race car in his parent’s yard and even put together a new motor in the front room of their home.

Larry was a Patriot. At the age of nineteen, he served our country honorably in the United States Marine Corps during the Vietnam War. The cruelty of war and undeserved treatment of those who survived to return home, left a burden on his heart and a pain in his soul for the rest of his life. While serving in Vietnam, he was wounded twice for which he earned two Purple Hearts. Larry was proud of his service and proud to say he was a Marine.

Funeral services will be Saturday, January 4, 2020 at Calvary Baptist Church in Hazen at 2:00 P.M. Burial will be at Hazen Cemetery with full military honors. Visitation will be at Westbrook Funeral Home, Friday, January 3, 2020 from 5:00 to 7:00 P.M.

Memorials may be made in memory of Larry Swaim to the Marine Corps Toys for Tots.