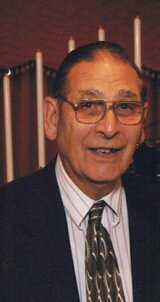 L D Chase, 93 of De Valls Bluff died Sunday, September 13, 2015 at the V.A. Hospital in Little Rock.  L D was born December 19, 1921 to Allen and Sarah Camp Chase.  He was the youngest of five children.  William L. Chase, Robert Lee Chase, Clarence Allen Chase,  a baby sister, and his wife of 45 years, Lorene, all preceded him in death.  L D served in the army for four years in Canada guarding the coast during World War II.  When he was discharged, the Chase brothers went into business with the White River Motor Company.  He then moved to Wichita, Kansas and for some 40 years worked for the Boeing Aircraft Company.  When he retired, he moved back to De Valls Bluff.  L D became a Christian while he was in Wichita and was ordained a deacon.  He was a member of the De Valls Bluff First Baptist Church and a deacon until his death.

He leaves several nieces and nephews and a loving church family and close friends.  He loved the Lord and was ready to go home.