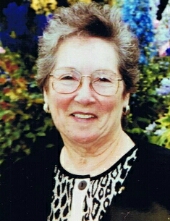 Julia Lueise Taylor (Sample) Hart, of North Little Rock, Arkansas left here to go home to her Heavenly Father on Tuesday, January 5, 2016, at the age of 84.

Julia was born on July 9, 1931, in Des Arc, Arkansas to Johnny and Lou Della (Horton) Taylor.  She was the oldest of two children.

On September 2, 1949, she was married to J. E. Sample and together they had 6 children- 3 girls and 3 boys.  They were married for 45 years before J.E. was called home.  Several years later, she married R.L. Hart, gaining 3 step-children, Brenda, Judy and Larry, as well as their children and grandchildren.

Julia was a lady of many talents and lived her life using them to bless others.  She was a homemaker, a beautician and a childcare provider.  She had a gift for writing short stories, plays and poems, many of which were presented and performed in her attending churches.  She was a youth director,  a member of The Eastern Star, and most importantly, a child of God.

Julia was preceded in death by her parents, both husbands, and two daughters, Debbie (Sample) Schreve of Milton, Florida and Robin Sample of Lonoke, Arkansas.

Julia was known and loved by many and will truly be missed by all.