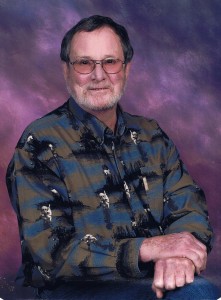 Johnny “Umps” Hart, of Carlisle, was born December 24, 1942 to Jess and Ethel Hart of Lonoke, Arkansas and he went to be with his Lord on April 16, 2014.  Johnny was preceded in death by his parents; two sisters, and two brothers.

Johnny was owner of Hart’s Liquor, Inc. in Hazen since 1975.  His joy in life was watching his grandsons participate in all Carlisle athletic events.  During his retired years, he took pride in maintaining the football and baseball fields for Carlisle  High School.

Johnny was a avid hunter, passing his love of duck hunting to his sons and grandsons.

He was a charter member of the Dirty Dozen Hunting Club.

The family wants to give a special thank you to Chambers Nursing Home, V.A. Hospital MICU unit, especially to Jeremy.