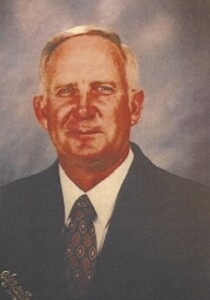 On Sunday, March 7, 2021, Jerry Michael Raborn passed away peacefully at the age of 75.  Jerry was a lifelong resident of Carlisle, Arkansas and is known for his dedication to preserving the history of Carlisle and his church where he spent most of his time.  Jerry was a veteran of the Vietnam War, a farmer and a father, always  putting his family first.  Jerry was preceded in death by his parents, Leon and Lois Raborn and his sister Charlotte Brown.  He is survived by his children Sally Broadaway of Tulsa, Oklahoma, Rebecca Thompson of Maumelle, and Christine Archer of North Little Rock and Glenn Adcock of Cabot.  He is also survived by his grandchildren, Taylor Broadaway, Sebastian Ramirez, Joshua and Caleb Archer and Blake Adcock, and brother Melvin Raborn.

Services will be held at the First United Methodist Church in Carlisle, Arkansas on Friday, March 12, 2021.  Visitation will begin at 1:00 p.m. with service following at 1:30.  Graveside service will follow at the Old Carlisle Cemetery.