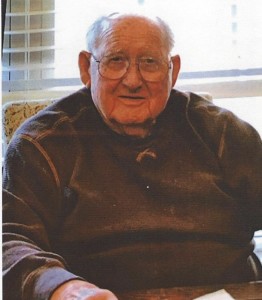 He was raised in the Methodist church as a young man and later joined the Baptist Church where he started teaching a young adult class.  He has shared the Lord with lots of people during his life.  James also loved basketball (turning down a basketball scholarship) and math and helping kids with their math during the years.He sold insurance, ran a general merchantile store for years and bought it with his wife, daughter, and son-in-law.  James also worked for the Corp of Engineers as a park and gate keeper. He was a member of the DeValls Bluff Fire Department, Lions Club, and a deacon and member of the First Baptist Church in DeValls Bluff.

He leaves behind his wife of 70 years, Rubye Bernece Sperry; two daughters,

Visitation will be Tuesday, November 5 from 5:00 to 7:00 P.M. at Westbrook Funeral Home in Hazen.  Funeral services will be 11:30 A.M., Wednesday, November 6, 2019 at the First Baptist Church in DeValls Bluff.  Burial will be in the DeValls Bluff Cemetery.