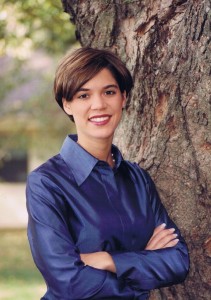 Hope Leann Sabbatini Bilbruck passed away on April 17, 2015 in Weatherford, Texas.  She was born on March 9, 1977 in Little Rock, Arkansas.  She graduated from Hazen high School in 1995 where she was a cheerleader, basketball player and Valedictorian of her class.  She obtained her BSE from the University of Arkansas in Fayetteville where she was a member of the Chi Omega Sorority.  She earned her Master of Science Degree from the University of Arkansas for Medical Sciences in 2001 majoring in Communication Disorders.  She was a loving mother to Isabella Faye Bilbruck and Bentley Robert Bilbruck and loving step-mother to Charitey Bilbruck, Destiney Bilbruck and Hailey Hintergardt.  She enjoyed spending time with her family and friends, loved the Razorbacks and traveling.  She was a respected Speech-Language Pathologist at Arkansas Children’s Hospital for over 10 years and currently at Cook’s Children’s Hospital in Fort Worth, Texas.  She was preceded in death by her paternal grandparents, Guy and Virginia Sabbatini of Lake Village, Arkansas and maternal grandparents, Melvin and Margaret Hula of Hazen, Arkansas.  She is survived by her parents, Ronnie and Melva Sabbatini of Hazen, Arkansas; brother, Joseph (Renea) Sabbatini of Hazen; sister, Nina (Justin) Meins of Springdale, Arkansas; one niece and three nephews.