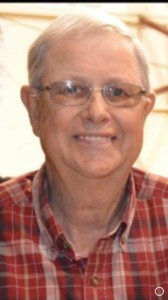 Harry Gaylon Weddle, 72 of De Valls Bluff, passed away May 22, 2017.  He was born October 2, 1944 in Prairie County, the son of William Andrew and Olivia Taylor Weddle.  He graduated from De Valls Bluff High School in 1962 and was drafted into the U.S. Army in 1965 and was stationed in Germany.

Harry retired after 30 plus years with Arkansas Power and Light Company.

The family requests memorials be made to the Peppers Lake Church of Christ.