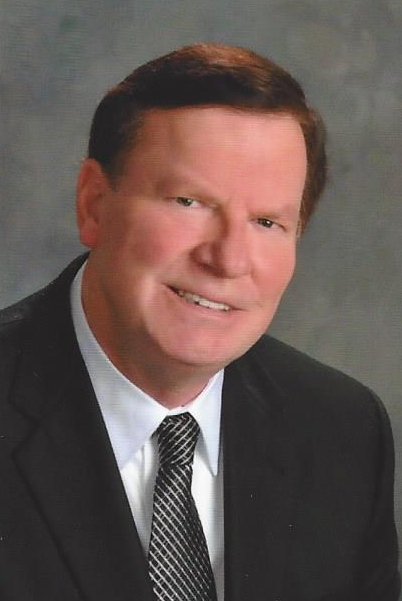 ​On November 11, 2017, Gary Sharp Gammill went ro his eternal home to be with our Lord.  He was born on September 19, 1949, in Pine Bluff, Arkansas to Juanita Sharp and Cecil A. Gammill.  At a young age, his family moved to Hazen, Arkansas where he attended school and graduated from Hazen High School.  He attended the University of Arkansas at Fayetteville and graduated with a BSBA degree in accounting in 1971.  He sat for the Certified Public Accounting exam the second semester of his senior year in college and passed all four parts of the exam the first time he took it.  After working for other accounting firms throughout the beginning of his career, he eventually opened his own firm in Hazen, Gary S. Gammill, C.P.A.

He was a member of the Hazen First United Methodist Church where he served on the Board of Trustees, the Finance Committee, and the Pastor-Parish Committee.

He was also a member of the Hazen Chamber of Commerce, elected Business of the Year, and he was elected to the school board for Hazen High School where he served 11 years as the Treasurer and then as the President.

In 1970, he married Durinda Gordon of Helena, and they were married for 45 years. He leaves behind his two daughters, Lee McAhren (Camron) of Springdale and Helen Shirron (Stephen) of Sheridan.  He is also survived by three grandchildren, Garrett Pieroni, Madison Shirron and Regan Shirron; his brother, Randy Gammill (Margaret), and his sister, Cecily Norman (James).

Visitation will be from 4:00 to 6:00 P.M., Sunday, November 12, 2017 at Westbrook Funeral Home in Hazen.  Funeral services will be 10:00 A.M., Monday, November 13, 2017 at the First United Methodist Church in Hazen with burial in the Hazen Cemetery immediately following the service.

Because of his love for German Shepherds, in lieu of flowers, donations can be made to the Arkansas German Shepherd Rescue at http://germanshepherd.rescueme.org/Arkansas  or to That Church in Sherwood, 901 Kiehl Ave., Sherwood, Ar. 72120 where he faithfully attended church the last few years of his life.