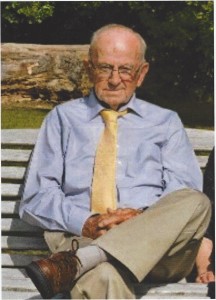 Elbert Lawrence Schafer, 83, of Carlisle, peacefully passed away on March 2, 2019.

Elbert was born and raised in Carlisle and graduated from Carlisle High School. Elbert then enrolled in the military serving in the United States Army. After which, he chose to follow in family and farming became his profession. He deeply loved his family and was adored by the ones that called him husband, daddy, father-in-law, and papaw. He was an active member of St. Rose of Lima Catholic Church. He will forever be remembered for his quick wit, compassion, and love for his family. Visitation will be held from 6 to 7 P.M., Monday, March 4, 2019 at St. Rose Catholic Church in Carlisle followed by a prayer service at 7 p.m. in the church. Funeral services will be held Tuesday, March 5, 2019 at 11:00 a.m., at St. Rose Catholic Church in Carlisle.

The family asks in lieu of flowers, donations be made to the Arkansas Alzheimer’s Association, 201 Markham Center Drive, Little Rock, Ar. 72205.