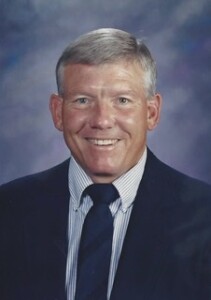 Daniel West Mallett, age 67 of Carlisle, Arkansas, peacefully passed away Thursday, June 24, 2021. He was born on September 30, 1953 to Morse and Lula Mallett in Emporia, Kansas. He graduated from Searcy High School and then Arkansas Tech University, where he lettered in baseball. He went on to get his Masters in Physical Education from Arkansas State University.

He began his football coaching career in Earle, Arkansas where he met the love of his life, Teresa. They married on November 4, 1978. His coaching career then took his family across the state of Arkansas and a brief time in Texas. He had an enormous impact on so many young me.

When he wasn’t on the football field, he was with his family. He truly was a family man and loved time spent with his seven grandchildren.

The family is forever grateful to Danny’s caregivers, Ms. Bea and Jodie Crepple. We would also like to thank the doctors, nurses, and staff at Unity Health in Searcy and Baptist Hospice for their care and compassion.

Funeral services will be 2:00 p.m., Sunday, June 27, 2021 at the First United Methodist Church in Carlisle. Visitation will be from 1:00 to 2:00 p.m. prior to the service at the church. Interment will be in the Malletown Cemetery.