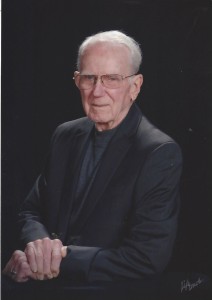 Charles Richard Zimmerman, age 88, of Carlisle, entered the heavenly gates on August 12, 2018. He was born on July 14, 1930 to Charlie and Mabelle Zimmerman. Richard was preceded in death by his parents and a grandson, William Chad Zimmerman. He graduated from Carlisle High School and the University of Arkansas with both and AE and ME degree, and he had been a PE since 1984. Richard was a Navy pilot who spent most of his active duty as a flight instructor. He worked primarily as an engineer in the paper industry and eventually formed his own company, ZimCor Engineering. He enjoyed hunting, traveling, the Razorbacks, auto racing, RVing, reading and spending time with his cat, Buddy. He was a member of the United Methodist Church, the airport commission, and the Carlisle coffee group. Richard is survived by his wife, Margaret Sims Zimmerman; two sons, Rick (Jo) of Carlisle and Phil (Tina) of Summerville, South Carolina; five grandchildren, Brock (Jen) Zimmerman, Dylan and Hanna Zimmerman, Melissa (William) Moody and Nathan (Pricilla) Campbell; five great-grandchildren, Madison and JoAnna Moody, Gracie and Hadley Campbell and Allie Zimmerman. He is also survived by Phyllis and Bill Hooten, Kay Ostrom (Dan) and sons, Mary Margaret Wilson and family, Gary and Juanita Birdsong and family and friend and caregiver, Bea Heard.

Visitation will be from 9:30 to 10:30 A.M. at the United Methodist Church in Carlisle on Tuesday, August 14, 2018. The service will follow the visitation. The family will be eternally grateful to the doctors, nurses, and staff at John L. McClellan VA Hospital Hospice unit where Richard received excellent care and compassion. In lieu of flowers, memorials may be made to the First United Methodist Church.