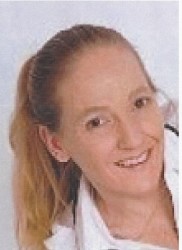 Carla Jo Webb, 51, of De Valls Bluff, passed away January 9, 2019. Carla was raised in De Valls Bluff where she attended the De Valls Bluff High School and was a member of the Missionary Baptist Church. Carla formed friendships that would last her lifetime, most notably, her best friend of forty years, Margaret Hartley of De Valls Bluff. In adulthood, Carla moved to Henderson, Nevada. She worked as an artist with Ron Lee’s World of Clowns, a premier art studio. She attended Calvary Chapel Church in Henderson and later, became a member of management at one of the Henderson, Nevada Wal-Mart Supercenters. Carla loved being an artist, enjoyed traveling and found great joy in discussing the word of God. Carla returned to De Valls Bluff after being diagnosed and starting her 8-year fight with cancer.

In lieu of flowers, the family requests donations be made to the University of Arkansas Medical center, Winthrop P. Rockefeller Cancer Center in Little Rock, Arkansas. It is the family’s prayer that donations and continued research can one day eliminate cancer of all types.