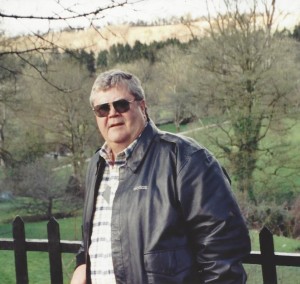 The Lord called “Buddy” to Hog Heaven on October 28, 2018 at the age of 74. Buddy was born on August 9, 1944. He was a resident of Hazen and a life-long member of the Hazen First United Methodist Church. He represented his local community extremely well as a member of the Arkansas Razorback football team from 1962-1965. He was also a member of the 1964 National Collegiate Football Championship Team. During this same time period, Buddy married the love of his life, Marilyn Grady. Buddy and Marilyn were inseparable for the next 54 years as they raised two children (Bill and Melanie), and eventually multiple grandchildren and great-grandchildren.

Buddy was an avid Razorback fan and spent countless hours cheering on the Hogs no matter what sport they were playing. His love for the Hogs was never questioned; however, his love for family exceeded all. Buddy transformed from a Razorback, to a husband, dad, and ultimately, to the man those closest to him called “Big Dad”. The most important thing in Big Dad’s life was family and all of his babies. “Big Dad” was a formidable man and was larger than life in many ways. His impressive physical stature and his over exuberant personality caused confusion to many, but those that knew him best saw him and loved as the gentle giant that he truly was.