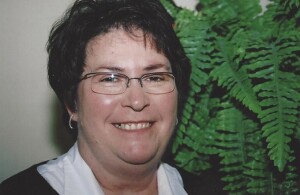 Barbara Delane Vick age 68, of Hazen, went to her heavenly home on August 24, 2021.  She was born on December 6, 1952 in Monroe, Arkansas to Lemuel and Lillie Faulkner.  She was the youngest of 6 children; often referred to as the baby.  She was preceded in death by her loving parents; one brother, and two sisters.

Barbara is survived by her husband of almost 49 years, Connie of Hazen; one son, Cory of Hazen; one daughter, Molly (Jeremy) Sayger of DeValls Bluff and three granddaughters, Destiny, Lillian and Abbygail; two sisters, Helen Baldwin of Brinkley and Revenna Jobe of Rosebud, Arkansas and a host of nieces and nephews.

She was a 1971 graduate of Brinkley High School where she was selected to be in the All State Choir.  Her love and god given talent of singing continued on where she was a member of Calvary Baptist church Choir and the Quartet.

Barbara also had a love for all things crafts, which she used in her 36 years of being a florist, where she was known for her beautiful arrangements.

Barbara also loved to sew different projects which included many quilts for her granddaughters, table runners, and later on masks.  She even sewed a few pageant dresses.

Her love of helping others led to Barbara becoming a licensed Practical Nurse where she would serve for several years.

The burial will be in the Pleasant Valley Cemetery near Brinkley, Arkansas.