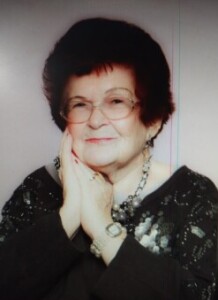 Annie was born in Humphrey, Arkansas, June 26, 1924, to Fred and Ethel Hart, the third of eight children. Early in life, she met and married Lewis Bishop of Clarendon, Arkansas.  They moved to the family farm near Roe, Arkansas where they raised their three children, Gloria, Lewis, and Phyllis. Annie loved her children and was relentless to take them to church and to send them to Hazen Schools to get their education. She attended the Hurricane Missionary Baptist Church where she served as Church Secretary for many years.  With a true pioneer spirit, she never met a challenge that she would not tackle head-on.

After her children were grown, she moved to Michigan where she cared for her aging parents until their deaths. While there, she worked almost two decades at the Saint Mary Hospital in Livonia. She also kept the church nursery that entire time.

After her father passed, she met and married Colon Furr of Redfield. Following his death, she moved to Florissant, Missouri to be near her daughter, Gloria. She attended Lindsay Lane Missionary Baptist Church some 18 years where she enjoyed working with Awana’s.

After Gloria passed away, she moved to Sallisaw, Oklahoma to be near Lewis and Phyllis.  A few years later she moved with Lewis and his family to Gilmer, Texas where she remained until it became necessary for nursing care at the Gilmer Nursing and Rehab Center in Gilmer.

Throughout her life, she loved gardening, her flowers, crochet, little children and animals.  She took great pride in trying to grow the largest tomatoes possible. She looked forward to taking the biggest ones with her when she flew to see her son in Texas.

She will be missed by her children, Lewis Bishop of Gilmer and Phyllis Taylor of Sallisaw.  Grandson, Clay (Belinda) Bishop of Russellville, Arkansas, granddaughter, Sarah (Mike) Dolbec and their daughter, Amelia, of Naples, Italy, granddaughter Margarita (Don) Cheota, of Florissant, Missouri, grandson Darrell (Christina) Bishop of San Francisco, California. One step-grandson, Paul Hudson, of Gilmer, Texas, one Step-daughter, Kaye Rittenger, of West Bloomfield, Michigan. One son-in-law, Charles Heppermann, of Florissant. Missouri., one great grandson, Evan Bishop, and one great, great grandson, Alex Bishop. In addition, she is missed by Ruby of Russellville, Arkansas, Sharon of Naples, Texas, and Tracey of Little Rock, Arkansas, along with a host of nieces and nephews.

The family asks that in lieu of flowers, please remember her instead with charitable donations.  To honor her life, the family has planned her graveside services to be held at the Oakland Cemetery in De Valls Bluff, Arkansas, Saturday, December 5th at 2:00 p.m.