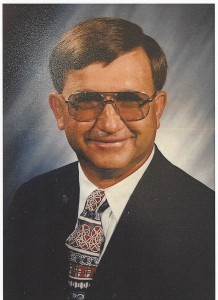 Albert Edward Kelly went home to his Savior on Thursday, November 29, 2018 with his family surrounding him. Eddy was a beloved son, husband, father, father-in-law and Poppy. Eddy was born in Little Rock on October 3, 1950. After living in northeast Arkansas, Eddy called Carlisle home for more than 53 years. He deeply loved his family and his God, tirelessly farmed, and always made his way to watch his children and grandchildren in all their activities. He was a longtime member of the Carlisle school board and the local Masonic lodge.

He was preceded in death by his father, Albert Stratton Kelly. He is survived by his loving wife, Mary Kelly and his mother, Betty Schafer both of Carlisle; his son, Stratton Kelly and his wife, Sarah of Ward; his daughter, Courtney Powell and her husband, Brian of Bentonville; his son, Jonathan Kelly of Carlisle and four grandchildren, Layton, Boston, and Haddison Powell and Liam Kelly. Other survivors include his brother, Jerry Kelly of Carlisle and many nieces and nephews.

Funeral services will be held at 11:00 a.m., Monday, December 3, 2018 at the First Baptist Church in Carlisle, Arkansas under the direction of Westbrook Funeral Home in Hazen with Bro. David Lee officiating. Visitation is scheduled for Sunday, December 2, 2018 from 6:00-8:00 p.m., at the funeral home.