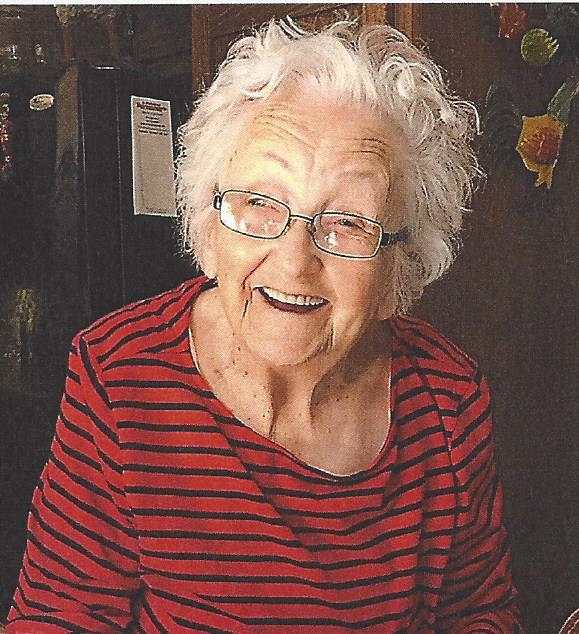 ​Jewel Pinkerton Humble, age 93, of De Valls Bluff went to be with the Lord on January 9, 2018 in North Little Rock.  She was preceded in death by her husband of 53 years, Robert “Bob” Humble; her parents; Fletcher and Ella Parr Pinkerton; two sisters, Louise Bardin and Ozzie Pinkerton; three brothers, J.P., Floyd, and Clyde Pinkerton and one foster brother, Byzzie Parr.  She is survived by two daughters, Diane (James) Burnette of Des Arc and Pam (Collins) Greer of North Little Rock; one sister, Lodessa Davis also of North Little Rock; 14 grandchildren; 21 great-grandchildren, and a host of nieces, nephews, and friends.

The family would like to thank the following: special friend and neighbor, Shirley Woodard, Integrity, Inc. for the services they provided that allowed our mother to remain independent, especially Ms. Pat Creighton, Des Arc Nursing and Rehab Center, particularly Administrator Molly Walker and Assistant Director of Nursing and granddaughter, Melissa Cook and Arkansas Hospice-Searcy for the care they provided our mother during her final days and for their love, kindness, and support to us during this difficult time.